“SDGs for All” Platform representatives held a meeting with the Ministry of Human and Minority Rights and Social Dialogue on Monday, April 19. The meeting took place at the Palace of Serbia and presented an opportunity to introduce the representatives of the Ministry to the 2030 Agenda and the 17 goals of sustainable development, as well as to the “SDGs for All” Platform. 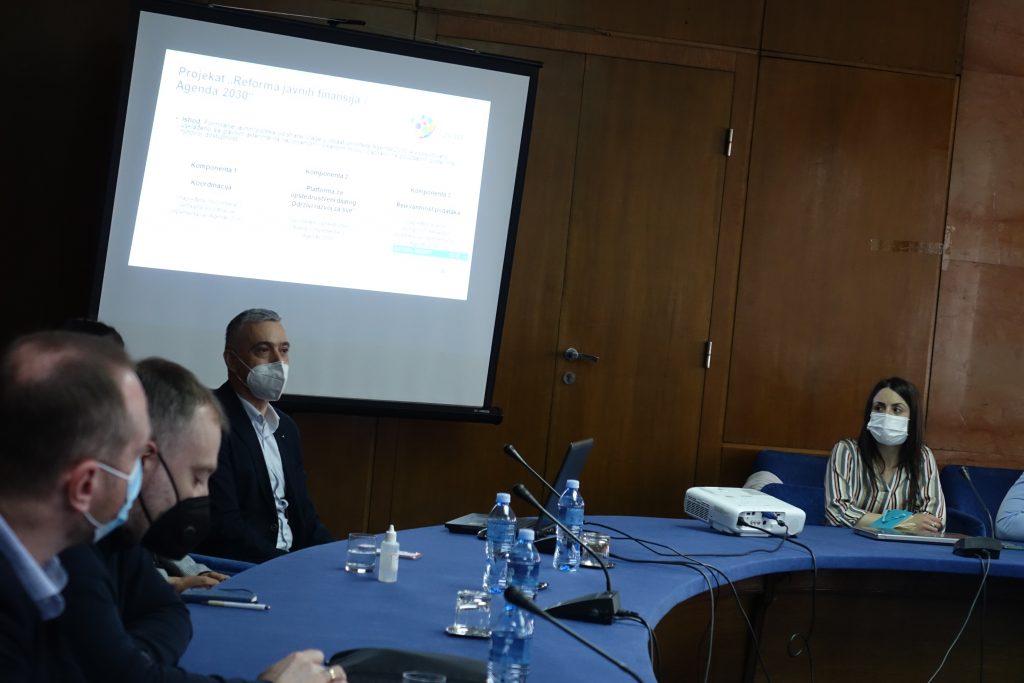 The meeting began with addresses by Ms. Nada Lazic, Special Adviser to the Minister, in charge of sustainable development, and Minister Gordana Comic, who emphasized the importance of cooperation between the state and the civil society sector in achieving the 17 SDGs. In that sense, she announced the imminent re-establishment of the Interministerial Working Group for the Implementation of the 2030 Agenda, as well as constitution of a working group for drafting the Serbia 2030 Sustainable Development Strategy, coordinated by the her Ministry. According to the Minister Comic, both working groups will consist of an equal number of representatives of the Government and the civil society sector. The Minister also emphasized that the “SDGs for All” Platform had been recognized as an important partner in the Ministry’s future efforts towards sustainable development of Serbia.

The goals, structure, past and planned activities of the Platform were presented by Bogdan Gavanski (GIZ), while Milica Radanovic (Belgrade Open School) explained the UN Agenda 2030 and its 17 Sustainable Development Goals. Lidija Radulovic (Belgrade Fund for Political Excellence) presented the report SERBIA 2030 Readiness for implementation of the 2030 Agenda, while the report Serbia 2030: Development priorities – the non-state sector report was presented by Nemanja Sormaz (Center for Advanced Economic Studies). Milan Popovic (Ana and Vlade Divac Foundation) explained the methodology and the main lines of the Platform’s work at the local level. The ensuing discussion focused on the role of the “SDGs for ALL” in the upcoming development planning processes and on the modalities of cooperation and partnerships with the Ministry for human rights and social dialogue.

The German ambassador met with representatives of civil society in Pirot

Completion of SDGs initiatives in five local communities in Serbia