Representatives of the environmental pillar organized round tables in Sremski Karlovci and Priboj in cooperation with local partners, the Scouts Movement of Vojvodina and the Association of Citizens “Primus” from Priboj. The events served as the opportunity to discuss key developmental challenges and opportunities of the two municipalities in the field of environmental protection, with a specific focus on the creation of the local development plans.

The round table in Sremski Karlovci, held on February 19, 2021 within the premises of the “Environmental Center Radulovacki”, gathered the representatives of local institutions, CSOs and citizens. The event demonstrated the interest among the citizens of Sremski Karlovci in an open conversation about the development challenges and potentials in the area of environment. The Belgrade Open School and the Scouts Movement of Vojvodina initiated the process of defining quality and optimal development goals, with a focus on those related to environmental protection, ensuring that the future Development Plan of the Municipality of Sremski Karlovci is harmonized with the 2030 Agenda. The discussion particularly focused on nine priority goals of Sremski Karlovci defined in the field of environment, which will be translated into a policy document to be handed over to the representatives of the local self-government for incorporation into the future Local Development Plan. 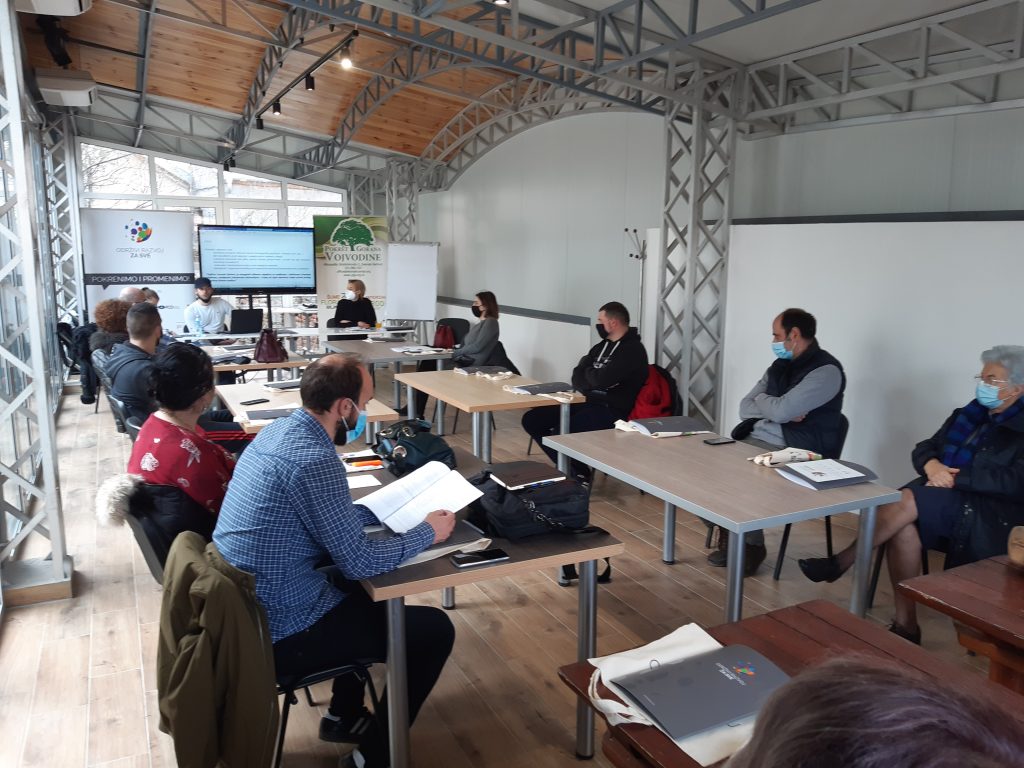 In 2010, as a result of a broad participatory process the municipality of Sremski Karlovci adopted the Strategic Development Plan, which expired last year. The new planning process also envisages civic participation, as well as harmonization with both national and provincial-level documents. The goals and measures to be contained in the Development Plan should be realistic, but ambitious at the same time. Earlier planning and strategic documents did not provide for implementation monitoring mechanisms, so it was not possible to analyze and evaluate what had been done, but this time, with the new Local Development Plan, this should not be the case.

The round table in Priboj was held on Tuesday, February 23, at the Regional Innovation Startup Center in Priboj. The event was an opportunity for participants to get acquainted with the planning system of the Republic of Serbia and to continue discussing Priboj’s development priorities in the area of environment, and their inclusion into the future planning documentation. The event gathered a large number of important actors from the social, political and economic life of the municipality. 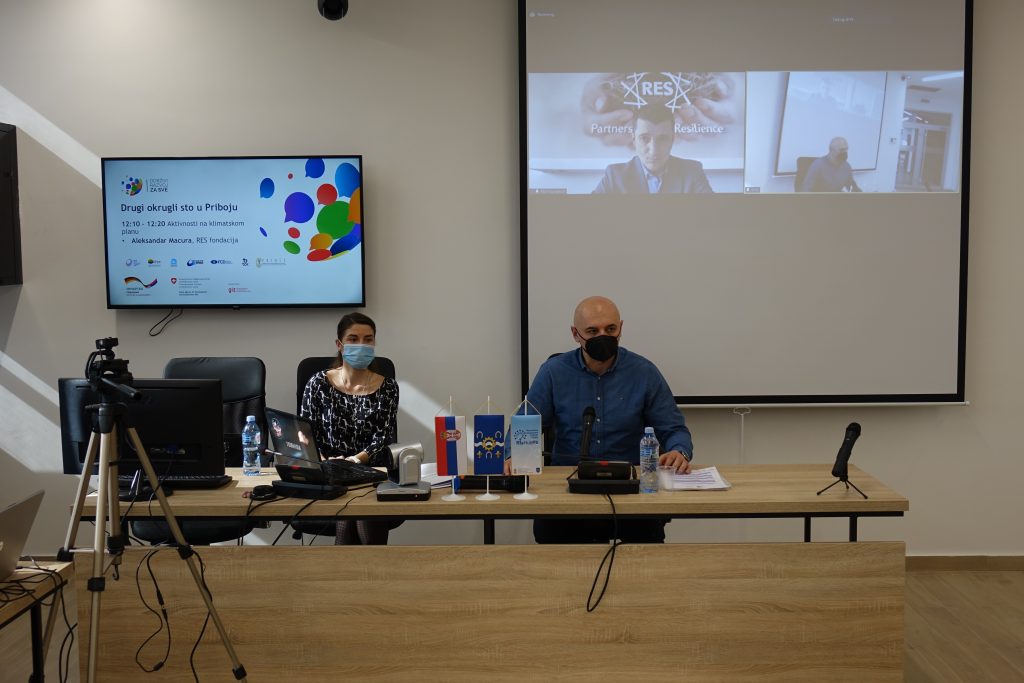 Following the introductory remarks by Goran Reković from the Citizens’ Association “Primus”, and Lidija Radulović from the Belgrade Fund for Political Excellence (BFPE), a workshop “Introduction to the framework of the planning system in the Republic of Serbia, with special focus on types and hierarchy of public policies at the local level” was held. The workshop was delivered by Darinka Radojević from the Republic Secretariat for Public Policies, via the Zoom platform. Among other things, the participants got acquainted with the reasons for the adoption and the basic characteristics of the new planning system, the types of documents of the planning system and their hierarchy. In addition, the participants were introduced to the process of adopting a local development plan with all of its key phases and elements.

Aleksandar Macura, on behalf of the RES Foundation, presented the activities of the foundation in Priboj in the area of climate change, whereas, Sasa Vasilic, the Deputy Mayor of Priboj, reflected on the efforts of the municipality to increase the energy efficiency of the public and private sector, as well as on the measures aimed at higher energy production from renewable sources. 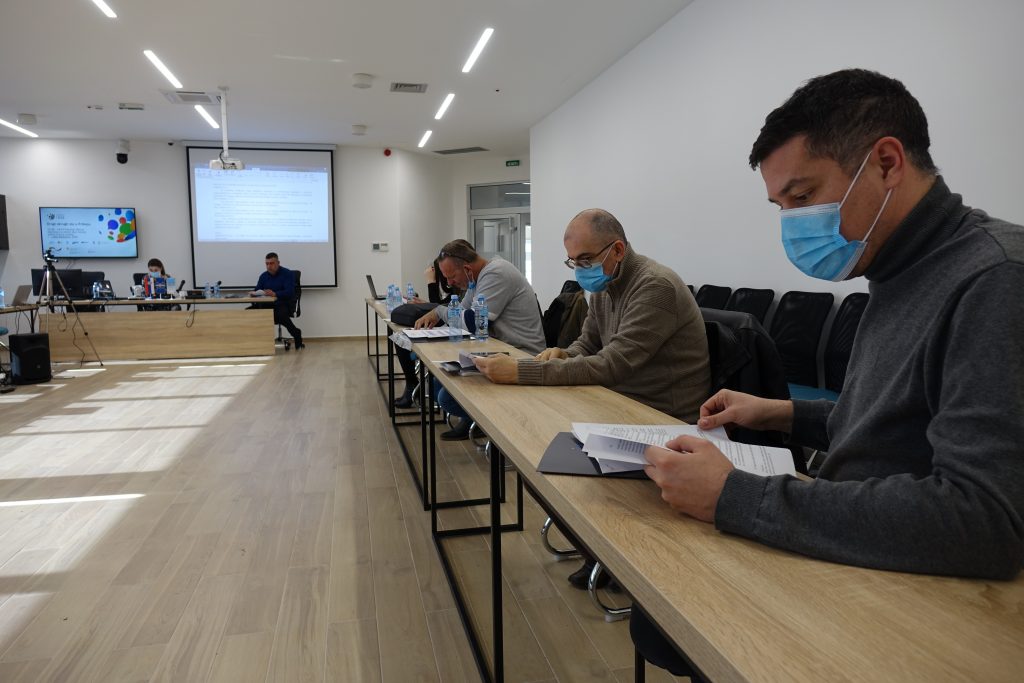 The round table in Priboj ended with the workshop “Development of contributions to the Local Development Plan – Environmental Protection“. Participants had the opportunity to share their comments and suggestions on the working version of the Contribution to the Priboj Development Plan, which was developed within the project and which will serve as a possible positive example in the development of the Priboj Development Plan. The workshop was an opportunity to start an open dialogue on the vision of the municipality until 2027, as well as on the priority goals and measures for the realization of this vision.

The link to the TV report from the round table in Priboj is HERE.

Training “Sustainable Development Goals at the local level” in Zajecar, Pirot and Apatin

LEAVE NO ONE BEHIND

Comparative SDG progress report for Serbia, EU-27 and and the countries in the region published

Round Table in Zaječar: The contribution of gender equality to sustainable development

This website uses cookies to improve your experience while you navigate through the website. Out of these cookies, the cookies that are categorized as necessary are stored on your browser as they are essential for the working of basic functionalities of the website. We also use third-party cookies that help us analyze and understand how you use this website. These cookies will be stored in your browser only with your consent. You also have the option to opt-out of these cookies. But opting out of some of these cookies may have an effect on your browsing experience.
Necessary Always Enabled
Necessary cookies are absolutely essential for the website to function properly. This category only includes cookies that ensures basic functionalities and security features of the website. These cookies do not store any personal information.
Non-necessary
Any cookies that may not be particularly necessary for the website to function and is used specifically to collect user personal data via analytics, ads, other embedded contents are termed as non-necessary cookies. It is mandatory to procure user consent prior to running these cookies on your website.
SAVE & ACCEPT
wpDiscuz
0
0
Zanima nas vaše mišljenje – javite nam se u komentarima!x
()
x
| Reply