Round tables in Sremski Karlovci and Priboj

Towards the end of 2020, environmental pillar, in cooperation with local partner organizations, organized round tables in Sremski Karlovci, on December 23, and in Priboj, on December 25, within the “SDGs for ALL” Platform. The round tables were dedicated to the current state, as wall as the development potentials of Sremski Karlovci and Priboj in the field of environmental protection. They were both organized on the Zoom platform and gathered a number of relevant stakeholders in the social, political and economic life of the two municipalities. 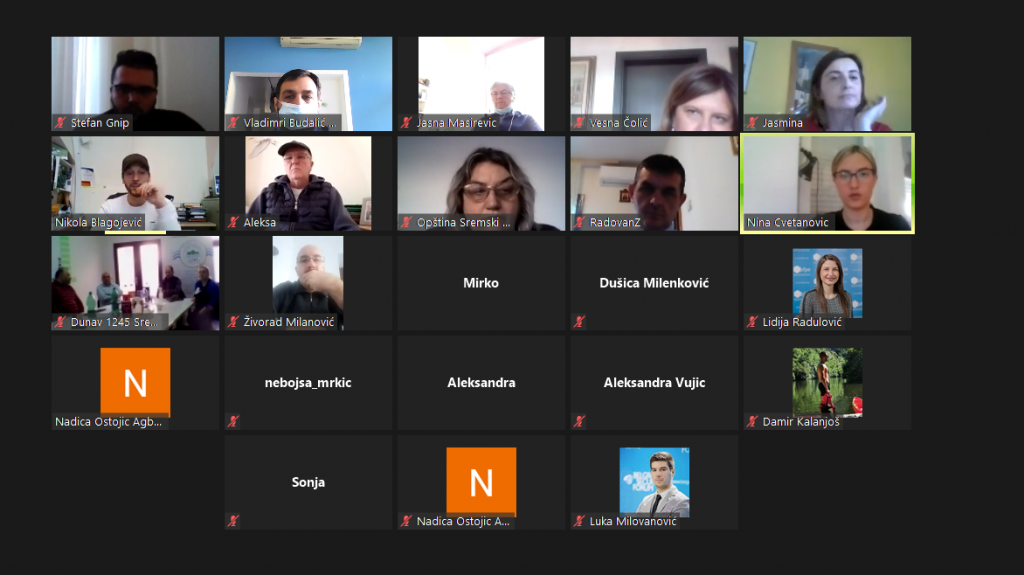 The round tables were opened by local partners representatives, Nikola Blagojevic on behalf of the Scouts Movement of Vojvodina in Sremski Karlovci and Goran Rekovic on behalf of the Association of Citizens “Primus” in Priboj. Following introductory remarks, the participants in both municipalities were introduced to the “SDGs for All” Platform by Nina Cvetanovic from the Belgrade Open School, who presented the project to participants in Sremski Karlovci, and Lidija Radulovic from the Belgrade Fund for Political Excellence, who presented the project to participants in Priboj. Both round tables were moderated by Radovan Zivkovic, a local development expert. 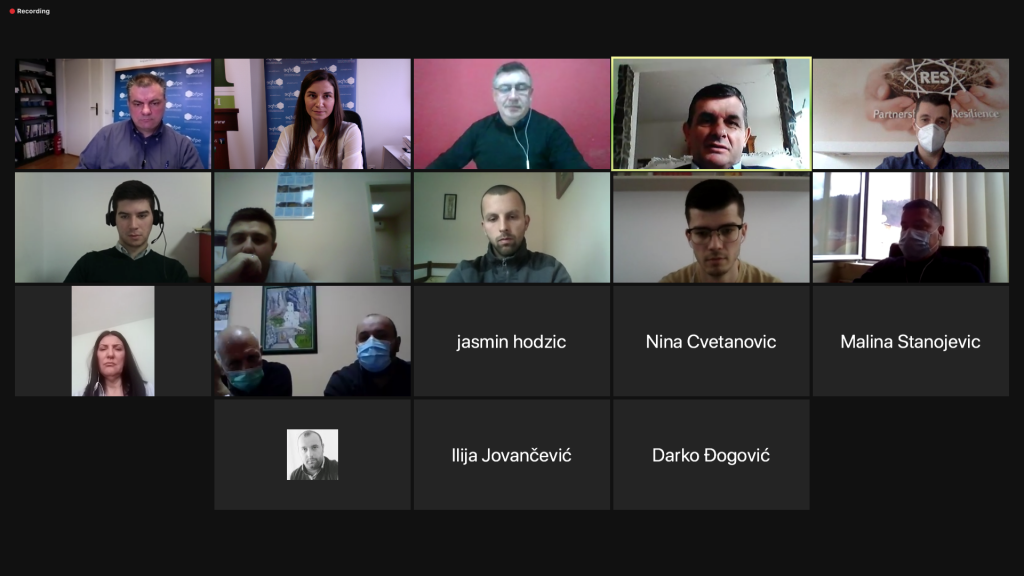 The events began with an overview of the current situation in the field of environmental protection, through the perspective of the relevant SDGs (SDGs 6; 7; 12; 13; 14; 15). The following session was dedicated to the discussion of the future development steps and of the local development objectives, as well as on the development potentials of the two municipalities. At the round table in Sremski Karlovci, the low level of citizens’ awareness of the importance of environmental issues (the importance of raising the awareness of tourists is especially emphasized), low level of energy efficiency and the lack of competences were seen as the most significant challenges that the municipality faces in this area. As Sremski Karlovci is a municipality whose most important industry is viticulture, the participants discussed the challenges that may arise due to the negative effects of climate change on different grape varieties. On the other hand,  geothermal waters and sustainable tourism were recognized as significant development potentials. The importance of shifting towards a circular economy was particularly emphasized, with a special emphasis on the need to educate young people in this regard. 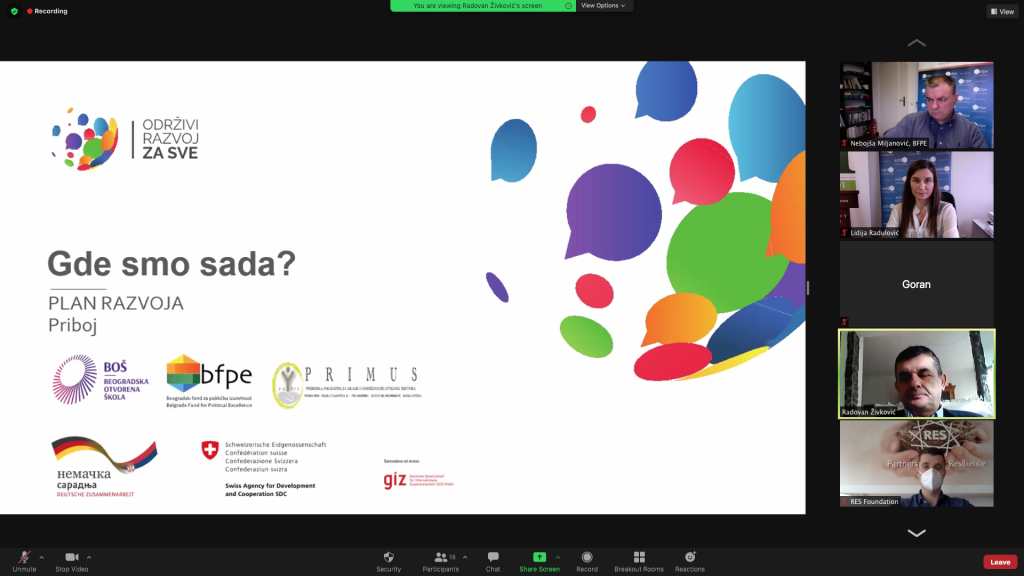 At the round table in Priboj  the problems of waste management (primarily floating waste on the Lim river), lack of strategic and planning documents in this area, as well as insufficiently developed mechanisms for measuring pollution (air, water, land) were picked as the most significant challenges of the municipality in the field of environmental protection. However, it was agreed that there are many reasons for optimism in the coming period, since considerable efforts are being invested into increasing energy efficiency and decarbonization of the municipality, as well as into improving the water supply and sewerage network.

Round tables were finished in a rather positive tone, because in addition to the participants showing the awareness for the challenges that the two municipalities are facing, they have demonstrated the will to contribute to the significant progress of their municipalities in the field of environmental protection in the next seven years and consequently achieving the SDGs from the 2030 Agenda, and they see the SDGs for All Platform as one of the significant impulses in this process.

What can we expect from a possible increase in the price of electricity for households?